Castlerigg dawn 4, originally uploaded by bingleyman2.
It was such a great mood that I think it justifies multiple images. A 5000 year old sight.

Castlerigg Stone Circle (alt. Keswick Carles, Carles, Carsles or Castle-rig) near Keswick in England is one of the most visually impressive prehistoric monuments in Britain and is the most visited stone circle in Cumbria. Every year, thousands of people make the short journey from Keswick to the plateau of Castlerigg Fell and to Chestnut Hill, on which the monument stands. This plateau forms the raised centre of a natural amphitheatre created by the surrounding fells and from within the circle it is possible to see some of the highest peaks in Cumbria:Helvellyn, Skiddaw, Grasmoor and Blencathra.


From Wikipedia, the free encyclopedia
by: brexians at: 8:09:00 AM No comments:

The Piazza Venezia is a piazza in central Rome, Italy. It takes its name from the adjacent Palazzo Venezia, the former embassy in the city of the Republic of Venice.
The piazza is at the foot of the Capitoline Hill and near the Roman Forum. It is dominated by the imposing Monument to Vittorio Emanuele II. In 2009, during excavations for the Rome C Metro Line, ancient remains of what has been identified as emperor Hadrian's Athenaeum were unearthed in the middle of the square.

The Strait of Gibraltar (Arabic: مضيق جبل طارق, Spanish: Estrecho de Gibraltar) is a narrow strait that connects the Atlantic Ocean to the Mediterranean Sea and separates Spain in Europe from Morocco in Africa.
The name comes from Gibraltar, which in turn originates from the Arabic Jebel Tariq (meaning "Tariq's mountain"), albeit the Arab name for the Strait is Bab el-Zakat or "Gate of Charity". It is also known erroneously as the Straits of Gibraltar, or STROG (Strait Of Gibraltar), in naval use and as "Pillars of Hercules" (Greek: Ηράκλειες Στήλες) in the ancient world.
Europe and Africa are separated by 7.7 nmi (14.3 km; 8.9 mi) of ocean at the strait's narrowest point. The Strait's depth ranges between 300 and 900 m (980 and 3,000 ft) which possibly interacted with the lower mean sea level of the last major glaciation 20,000 years before present when the level of the sea was believed to be lower by 110–120 m (360–390 ft).
Ferries cross between the two continents every day in as little as 35 minutes. The Spanish side of the Strait is protected under El Estrecho Natural Park.
source and more info @: http://en.wikipedia.org/wiki/Strait_of_Gibraltar

Travel Inside Iran from Flo14wer on Vimeo.

For me Iran is a beautiful, magical country, a monument for the grandor of human civilization. Iran is a place where dazzling architecture is set amid desolate expanses of desert or steppe; where snow-capped mountains plunge dramatically to a seacoast of steamy lushness; where nomads guide their flocks to seasonal pasturelands; where tombs, temples, castles, and mosques bespeak the richness of the Persian past. High and dry for the most part, the land is sectioned by great mountain ranges, dotted with venerable villages of mud and stone as well as modern cities, and has a cultural fabric woven of many different threads, Persian,Turkish, Kurdish, Baluchi, ...

Galway (Irish: Gaillimh) or City of Galway (Cathair na Gaillimhe) is a city in County Galway, Republic of Ireland. It is the fifth largest and the fastest-growing city inIreland. It is also the third largest city in the Republic and the only city in the Province of Connacht. Located on the west coast of Ireland, it sits on the River Corrib betweenLough Corrib and Galway Bay. The population of Galway city and its environs is 72,729 according to the 2006 census. 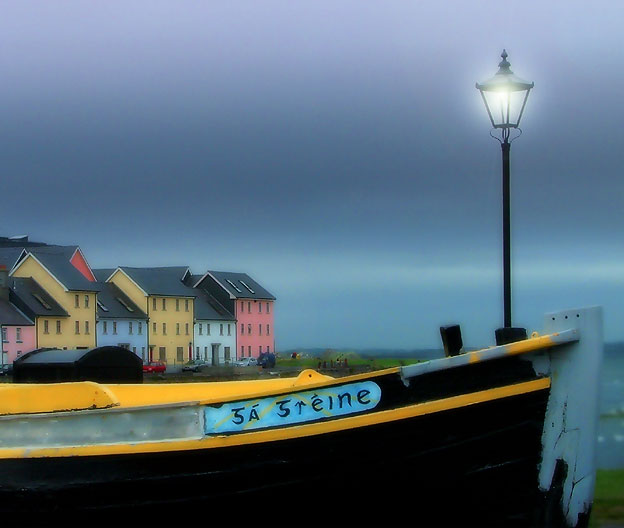